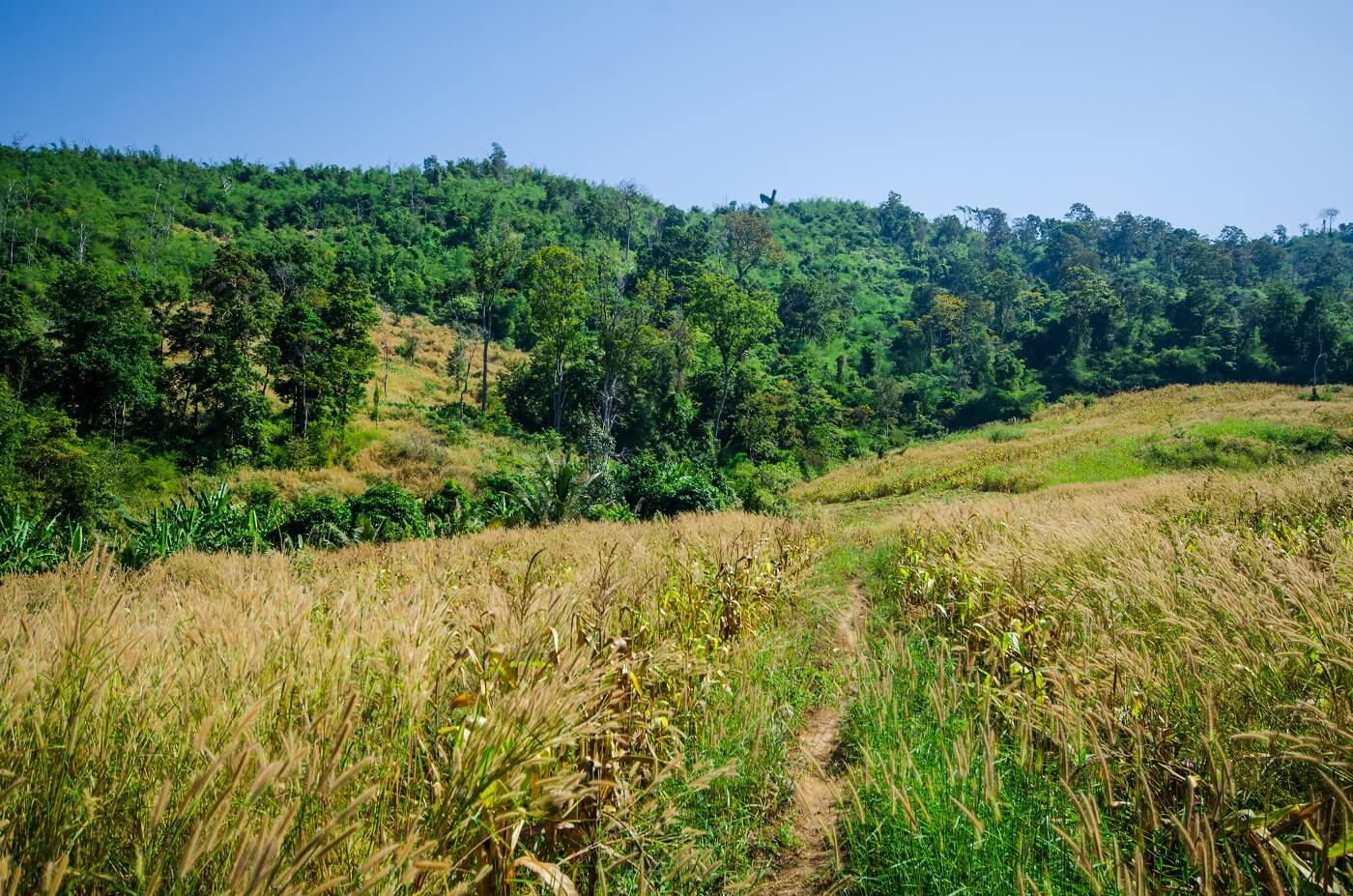 The Cardamom Mountains of Koh Kong and Pailin provinces are said to be the most pristine wilderness area remaining in South East Asia. The Cardamom Mountains are located in southwest Cambodia. The western edge of the Cardamom region abuts the Thai border while the easternmost part ends about sixty miles northwest of the Cambodian capital of Phnom Penh.

The region's area is 2.5 million acres (1 million hectares). The highest point in the range (and in Cambodia) is Mount Aural, at 1,813 meters (5,946 feet). There are five main rivers that run through the Cardamom Mountains creating dozens of waterfalls. About 25,000 people live in this region; some of them are ethnic minorities such as the Porr.

The Cardamom Mountains region are densely covered with lush virgin rainforest. Rising to its highest point at over 1,770m, the Cardamoms extend over an area of 4,420,000 hectares (10,922,060 acres) covering a large portion of South Western Cambodia. The Cardamoms are considered to represent Southeast Asia's greatest natural resources in terms of virgin forest and wildlife habitats that have never been fully explored and/or catalogued.

In 2000, Fauna and Flora International, Conservation International, and the Cambodian Ministry of Environment and Wildlife Protection Programme conducted a joint survey that covered only a small part of the vast expanse of unexplored land. Despite the minimal area under observation the survey identified 30 large mammal species, 30 small mammal species, more than 450 birds, 64 reptiles, 30 amphibians and many other plants and insects.

To name just a few of the animals indigenous to this area would include elephants, tigers, clouded leopards and a variety of other mammals such as the Malaysian sun bear, pleated gibbons, and Siamese crocodiles all of which are high on the endangered species list and the only significant population thought to exist anywhere.

Fauna & Flora International was the first to conduct extensive field surveys in the Cardamom Mountains of southwest Cambodia. They established the area as one of the last forest wilderness areas in mainland South East Asia. Isolated by their remoteness and rugged terrain and forgotten during years of conflict in Cambodia, the Cardamoms have at their core a virtually undisturbed forest covering over 10,000 square km.

The Cardamom Mountain Wildlife Sanctuaries Project, a joint venture of Fauna & Flora International and Cambodia's Ministry of Environment, aims to ensure the long-term conservation of a landscape of global importance and its biodiversity while reducing poverty and ensuring essential national development.

The focus is to establish and maintain management systems in two protected areas in southwest Cambodia: Phnom Samkos Wildlife Sanctuary and Phnom Aural Wildlife Sanctuary. The Cardamom Mountains are now known to contain almost all the country's known mammals, birds, reptiles and amphibians.